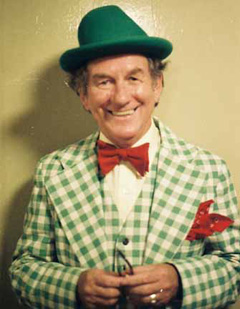 was a country music comedian and entertainer.

Rhodes was best known for his appearances on the Porter Wagoner television show. He came from a musical family and with his two brothers and sister, were known as Speck, Slim, Bea, and Dusty. 1934 they were touring the RKO vaudeville circuit as the Log Cabin Mountaineers. Rhodes played banjo, bass fiddle and developed his comic character. In 1960 Speck auditioned for a new television show Porter Wagoner was starting in Nashville. Having both come from West Plains, they had a natural chemistry, and Rhodes began an association with Wagoner that would last over 20 years.

Rhodes died in 2000 and is buried at Spring Hill Cemetery in Nashville, Tennessee