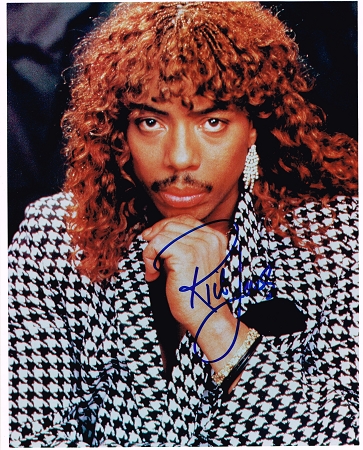 The start of the 1990s brought with it a string of bizarre and sometimes horrific incidents for Rick James. His drug use was by this time public knowledge, as he was mainly addicted to cocaine; he later admitted to spending about US$7,000 per week on drugs for five years straight. In 1993, he and future wife Tanya Hijazi were accused of holding 24-year-old Frances Alley hostage for up to six days (accounts vary on how long she was actually held)[citation needed], tying her up, forcing her to perform sexual acts, and burning her legs and abdomen with the hot end of a crack cocaine pipe during a weeklong cocaine binge. In 1993, while out on bail for that earlier incident, James, under the influence of cocaine, assaulted music executive Mary Sauger at the St. James Club and Hotel in West Hollywood. Sauger claims she met James and Hijazi for a business meeting, but said the two then kidnapped and beat her over a 20-hour period.

He was found guilty of both offenses, but was cleared of a torture charge in the crack-pipe incident that could have put him in prison for the rest of his life. He served two years in Folsom Prison, and lost US$2 million in a civil suit to one of the women. He was released in 1996. In 1998, James was accused of sexually assaulting a 26-year-old woman though charges were later dropped.

On the morning of August 6, 2004, James was found dead by his caretaker in his Los Angeles home. He had died from pulmonary failure and cardiac failure with his various health conditions of diabetes, stroke, a pacemaker, and a heart attack. Through his autopsy, alprazolam, diazepam, bupropion, citalopram, hydrocodone, digoxin, chlorpheniramine, methamphetamine, and cocaine were found in his blood. However, the coroner stated that “none of the drugs or drug combinations were found to be at levels that were life-threatening in and of themselves”.

James was buried at Forest Lawn Cemetery in Buffalo, New York. His two-ton, jet black headstone is engraved with the following lyrics to an unreleased song: “I’ve had it all, I’ve done it all, I’ve seen it all. It’s all about love – God is love.”