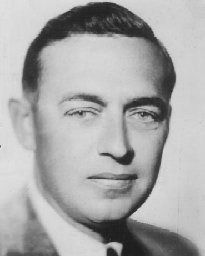 Chewing Gum Mogul, Major League Baseball Executive. He was born Philip Knight Wrigley in the Plaza Hotel in Chicago, Illinois, the son of the founder of Wm. Wrigley Jr. Company and owner of the Chicago Cubs Major League Baseball team. He never attended college and at the age of 20 he went to Australia to run the new Wrigley Plant there. In 1917 he returned to the United States and enlisted in the US Naval Reserve, attaining the rank of lieutenant junior grade when he was discharged in 1921. He became the President of Wm. Wrigley Jr. Company and owner of the Chicago Cubs when his father, William Wrigley Jr., died in 1932. Although not an avid baseball fan and flamboyant like his father, he maintained many of his baseball ideals, like maximizing media coverage for the Cubs and playing their home games in the daytime instead of installing lights at Wrigley Field for night games. While he was the company president, the chewing gum business became successful through innovative marketing and relentless quality control. However, during his tenure as owner of the Cubs, they grew less competitive, making only one World Series appearance in 1945. After that, they only had seven winning seasons over the next 32 years, with 16 straight losing seasons from 1947 to 1962. In 1961 he abolished the traditional baseball field management/coaching structure, hiring instead a “college of coaches” as a “head coach” and no manager. During this time the Cubs continued to fail miserably in the standings, despite having great ballplayers like Ron Santo, Ernie Banks, and Billy Williams. In 1966 he finally abandoned this concept and hired Leo Durocher as the manager. During World War II, he founded the All-American Girls Professional Baseball League to maintain the country’s interest in baseball as the military draft was depleting major-league rosters of first-line players, which was immortalized in the 1992 motion picture “A League of Their Own.” In 1961 he passed the title of Wm. Wrigley Jr. Company president to his son, William Wrigley III but retained the ownership of the Cubs until his death. He became more reclusive as he got older, distancing himself from the baseball fans and more so, from the Cubs’ players. In 1972 he established the Catalina Island Conservancy and donated his family’s ownership of most of Santa Catalina Island, located off the coast of Los Angeles, California, to the Conservancy. He died in Elkhorn, Wisconsin. (bio by: William Bjornstad)  Family links:  Parents:  William Wrigley (1861 – 1932)  Ada Elizabeth Foote Wrigley (1868 – 1958)  Spouse:  Helen Blanche Atwater Wrigley (1901 – 1977)*  Children:  Ada Blanche Wrigley Schreiner (1923 – 2010)*  Sibling:  Dorothy Wrigley Offield (1886 – 1979)*  Philip K. Wrigley (1894 – 1977) *Calculated relationship