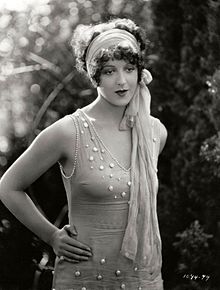 Natalie Kingston was born as Natalia Ringstrom in Sonoma County, California, and raised in San Francisco. She was of Spanish and Hungarian descent. She was a great-granddaughter of General Mariano Vallejo, who commanded the army which surrendered California to General John C. Fremont. Her mother was Natalia Haraszthy, granddaughter of Agoston Haraszthy, founder of California’s wine industry. She was educated in San Rafael, California. As a child, she learned to dance the jota and other traditional Spanish dances. She began law school but left to take a course in dancing. Two seasons later, Kingston performed as a danseuse with the New York City Winter Garden show. Later, she joined a Fanchon and Marco troupe in California after they discovered her dancing in a San Francisco cabaret. Starting her career as an actress on Broadway, Natalie Kingston moved into films in the early 1920s. Her first movie appearance was in The Daredevil (1923). She joined the Mack Sennett studios in 1924, and co-starred with Harry Langdon in a series of comedy films including Remember When? (1925) and Her First Flame (1927). Kingston left the Sennett studio and comedies in 1926 to try for dramatic movie roles. She signed with Paramount Pictures and made three motion pictures in quick succession. All three were comedies: Miss Brewster’s Millions (1926), The Cat’s Pajamas (1926) and Wet Paint (1926).

Natalie Kingston’s first dramatic role was in Street Angel (1928). She played the part of Lisetta. The same year she made Painted Post with Tom Mix. In this film she portrayed a magazine illustrator seeking western types. She becomes caught up in an exciting feud in her search for them. As Dona Beatriz, Kingston was given a great opportunity in The Night of Love (1927). The movie starred Ronald Colman and Vilma Bánky. She appeared in two of the popular Tarzan films. She was Mary Trevor in Tarzan the Mighty (1928) and the fifth actress to play Jane in Tarzan the Tiger (1929). The Tarzan serial, which co-starred Frank Merrill, was produced by Universal Pictures. After a series of roles in B movies she made her last film, Only Yesterday (1933). She was uncredited in this movie. Natalie Kingston died in West Hills, California, aged 85, in 1991.