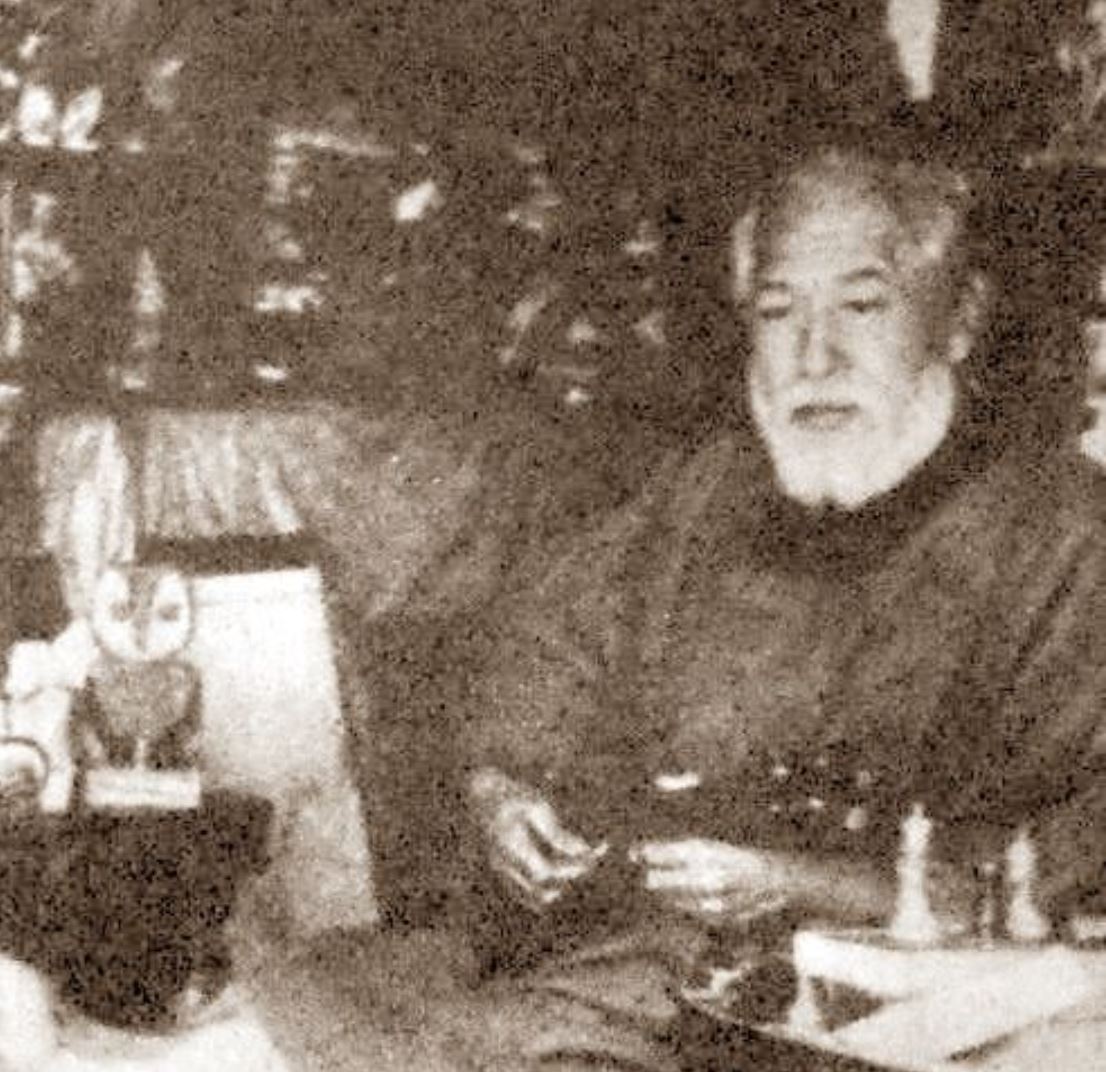 Antique Collector, Painter. He is remembered for his collection of books by 17th century Japanese author Ihara Saikaku, Yedo period poet and early fiction writer, and as a collector other items from this period. Renowned Meiji Era writers, Koda Rohan and Ozaki Koya, were influenced by him as he encouraged the two writers to study this Yedo-period writer. He was a competent painter, a student of Japanese history and left a collection of his nearly a dozen essays, which have gained a new popularity in the 21st century. When he was young, he learned English, read Western literature, and consider becoming an American citizen. He gave lectures on new ideas and cultures to young students. In September of 1923, his home was destroyed in flames in the Great Earthquake, and unfortunately, most of his collection of over 3,000 items were lost. His home was rebuilt in December and the building is now a restaurant, but has a historical marker was placed near the entry stating the connection of the building to Awashima. Born Tomio ‘Kangetsu” Awashima, his grandfather was a wealthy farmer and his father, Chingaku Awashima, was an artistic painter. His daughters became educators and as female pioneers, reaching successful levels in the Japanese educational system before World War II. In 1947, his daughter, Kyou Kiuchi, was elected to the governmental position of House of Chancellors. In Soseki Natsume’s novel “I Am A Cat,” there is a fictional character that was modeled after Awashima’s life and personality. For generations, his entire family impacted the Japanese culture.