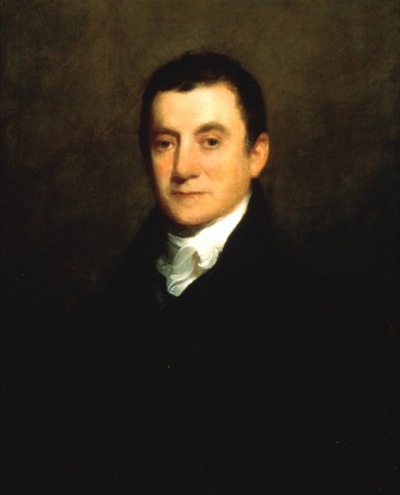 Descended from an aristocratic British family dating back to the seventeenth century, Baldwin was born in New Haven, Connecticut, the son of Michael Baldwin and Theodora Walcott. He is the half-brother of Abraham Baldwin. He attended Hopkins School, and received a B.A at age 17 from Yale College in 1797, he attended Litchfield Law School and read law in 1798. He was a Deputy state attorney general of Allegheny County and eventually Crawford County, Pennsylvania (after its founding in 1800) from 1799 to 1801. He was also the publisher of The Tree of Liberty, a Republican newspaper.

After the death of his first wife, Marana Norton, Baldwin married Sally Ellicott, and they established a residence in Crawford County, Pennsylvania. Baldwin was elected to the United States Congress as a member of the Democratic-Republican Party in 1816, representing Pennsylvania, but resigned after six years because of his declining health and failing finances. He strongly supported the election of Andrew Jackson in the election of 1828. On January 4, 1830, some six weeks after the death of Bushrod Washington, Jackson nominated Baldwin to the Supreme Court. Baldwin was confirmed by the United States Senate on January 6, 1830, and received his commission the same day.  Baldwin considered resigning in 1831. In a letter to President Jackson, he complained about the Court’s extension of its powers. Some historians believe that Baldwin suffered from mental illness during this period. However, he continued to serve on the court until his death in Philadelphia, Pennsylvania.

Justice Baldwin was personally involved in cases deciding the issue of slavery. In the case of Johnson v. Tompkins, 13 F. Cas. 840 (C.C.E.D. Pa. 1833), he instructed the jury that although slavery’s existence “is abhorrent to all our ideas of natural right and justice,” the jury must respect the legal status of slavery. He was the sole dissenter in the case United States v. The Amistad, in which Associate Justice Joseph Story delivered the Court’s decision to free the 36 kidnapped African adults and children who were on board the schooner, La Amistad. In Groves v. Slaughter, 40 U.S. (15 Pet.) 449 (1841), Justice Baldwin emphatically expressed his opinion that, as a matter of constitutional law, slaves are property, not persons.  In another federal case, Justice Baldwin interpreted the Privileges and Immunities Clause of the Constitution. That case was Magill v. Brown, 16 Fed. Cas. 408 (C.C.E.D. Pa. 1833), in which Justice Baldwin stated: “We must take it therefore as a grant by the people of the state in convention, to the citizens of all the other states of the Union, of the privileges and immunities of the citizens of this state.” This eventually became the view accepted by the Supreme Court, and remains so. He also interpreted the Clause that way, in dictum, when speaking for the Court in Rhode Island v. Massachusetts, 37 U.S. (12 Pet.) 657, 751 (1838) (each State “by the Constitution has agreed that those of any other state shall enjoy rights, privileges, and immunities in each, as its own do”).

Justice Baldwin was a friend and admirer of Chief Justice John Marshall, and wrote of Marshall that “no commentator ever followed the text more faithfully, or ever made a commentary more accordant with its strict intention and language.” Baldwin was at Marshall’s bedside when the old Chief Justice died in 1835.  In 1837, Justice Baldwin authored a treatise titled A General View of the Origin and Nature of the Constitution and Government of the United States: Deduced from the Political History and Condition of the Colonies and States. Baldwin opposed the two prevailing schools of Constitutional interpretation: the strict constructionists and the school of liberal interpretation. Likewise, his views followed a middle course between the extremes of states’ rights on the one hand, and nationalism on the other hand.

Justice Baldwin suffered from paralysis in later years and died a pauper, aged 64. Historian William J. Novak of the University of Chicago has written that, “Baldwin’s jurisprudence has been treated rather shabbily by historians.”  Justice Baldwin’s remains were initially interred at Oak Hill Cemetery (Washington, D.C.). His remains were later disinterred and moved to Greendale Cemetery, Meadville, Pennsylvania.  He was the half-brother of United States Constitution signatory Abraham Baldwin.  His retirement home is now a museum and is on the National Register of Historic Places.