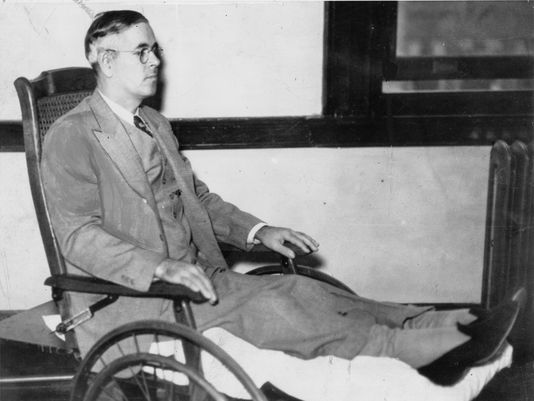 Criminal. Barrett was the first person to receive the death penalty by hanging under a congressional act that made it a capital offense to kill a federal agent. Barrett shot and killed special agent Nelson B. Klein, a special agent of the Justice Department’s Bureau of Investigation (which was renamed to become the FBI). On Aug. 16, 1935, Agents Klein and Donald McGovern had tracked Barrett to College Corner, Indiana, near the state line and Ohio’s Butler County’s western border. Barrett was wanted for a variety of crimes including car theft and interstate transportation of stolen vehicles. Although Klein had phoned the local sheriff requesting assistance, the agents could not wait for help because their suspect appeared to be escaping. When ordered to surrender, Barrett instead ran behind a garage and started shooting seriously wounding Klein, who would later die of the gunshot wounds. Even though mortally wounded Klein returned fire hitting Barrett in both legs. McGovern was unscathed. The local sheriff department officers arrived several minutes later. Barrett was treated for his wounds in a local hospital. Upon his release from the hospital after several days, he was taken to Indianapolis (Indiana) for trial and was convicted of murder of the federal officer in federal court. He was age 55 at the time of death (according to cemetery burial records; no actual date of birth was recorded). Barrett was often called the “Diamond King” because he often carried a handful of diamonds. Indiana had adopted the electric chair in 1913 and was not prepared for a hanging execution. Phil Hanna, an Illinois farmer who was shocked by the specter of a bungled hanging, had taken up hanging as a hobby, experimenting and practicing with plow lines and straw dummies. When Hanna perfected a foolproof method, he volunteered his services to any State that needed him. Indiana called upon Hanna to carry out the mandated execution by hanging. (bio by: Rick France)  Family links:  Parents:  William G. Barrett (1848 – 1921)  Nancy Jane Bowling Barrett (1859 – 1930)