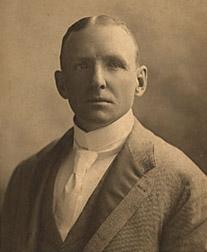 Adrian Constantine Anson (April 17, 1852 – April 14, 1922), nicknamed “Cap” (for “Captain”) and “Pop”, was a Major League Baseball (MLB) first baseman. Including his time in the National Association (NA), he played a record 27 consecutive seasons. Cap Anson was regarded as one of the greatest players of his era and one of the first superstars of the game. Cap Anson spent most of his career with the Chicago Cubs franchise (then known as the “White Stockings” and later the “Colts”), serving as the club’s manager, first baseman and, later in his tenure, minority owner. He led the team to five National League pennants in the 1880s. Anson was one of baseball’s first great hitters, and probably the first to tally over 3,000 career hits. His contemporary influence and prestige are regarded by historians as playing a major role in establishing the racial segregation in professional baseball that persisted until the late 1940s. A 2006 biography of Anson that exhaustively examined 19th-century newspaper reporting related to him on the subject of racism reached the following conclusion: “As far as the nineteenth century, he rightfully should endure as the big leaguer who, until the late 1940s, was involved in the greatest number of reported negative incidents, on the field, relating to blacks.” On several occasions, Cap Anson refused to take the field when the opposing roster included black players. The biography states, “But at the same time, his argumentative nature could be readily discounted by those around him. So, the notion that he had ‘coattails’ in persuading players and officials on other teams to do as he did is rather spurious.” A lengthy 2016 essay by the same author focused on claims of Anson’s alleged influence on the most noted vote in 19th-century professional baseball in favor of segregation: a July 14, 1887 one by the high-minor International League to ban the signing of new contracts with black players; the essay showed a range of authors as not having observed the line between fact and speculation on that alleged influence. After retiring as a player and leaving the Colts, Cap Anson briefly managed the New York Giants. He ran several enterprises in Chicago, including opening a billiards and bowling hall and running a semi-professional baseball team he dubbed “Anson’s Colts”. Anson also toured extensively on the vaudeville circuit, performing monologues and songs. Many of his business ventures failed. As a result, Anson lost his ownership stake in the Colts (by then known as the Cubs) and filed for bankruptcy. Anson was inducted into the National Baseball Hall of Fame in 1939.